Should the Dept Homeland Security research the possible terrorist uses of drones?

This small, 4-paragraph bill would require the Department of Homeland Security (DHS) to research the possibility of small and medium sized unmanned aerial systems (UAS -- but more commonly known as drones) could be used to carry out an act of terrorism.

DHS would be officially designated as the lead federal department responsible for developing policies, guidance, and protocols to prevent or mitigate an attack perpetrated with a small or medium sized drones.

It would be instructed to consult with the Departments of Defense (DOD), Transportation, and Energy -- then disseminate information to state, local, and tribal law enforcement with information related to responding to threats from drones.

DHS would also assess the security threat associated with the commercial availability of small and medium sized drones by coordinating with DHS Centers of Excellence and other academic institutions.

Let's start with a question. Why do we need legislation to force DHS to research future threats?  Don't we already spend millions on wages and benefits to keep the best and brightest for our Department of Homeland Security?  If lobbyists, lawyers and politicians are necessary to mandate our security agencies into proactive research, we are doomed.

This Resolution represents a waste of money, time and resources and is redundant to ongoing efforts within our government.  As an intelligence officer who has worked within government for two decades I can assure you that we already plan for every avenue of terrorist attack, including drone use.

But the terror angle is just that.  An angle.

This is a Regulation Bill is masquerading as a Security Bill.  It uses the scary veil of 'terrorism' so that you vote Yea (because 'security').  But a vote Yea doesn't actually keep us secure.  It only allows the DHS to be identified as the lead drone regulator (Why not the FAA? We’ll discuss later).

This Resolution allows for a new sector for the government to regulate.  This will inevitably lead to an increase in regulation and a decrease in Liberty.
First note that drone research is already occurring by DHS and private companies and universities.  Any claim requiring more research is necessary will merely be redundant to ongoing efforts:


Secondly, the DHS is actually already doing this.  A quick glance at its Science and Technology Directorate Strategic Plan reveals that it was 'mandated by Congress to provide innovative problem solving to challenges to our homeland security; it is the core source of scientific and engineering expertise for the department and uniquely postured to enhance our nation's security and resiliency.'

It also already collaborates and reports to many entities within the Homeland Security Enterprise (HSE).  The HSE includes federal, state, local, tribal, territorial, nongovernmental, and private-sector entities, and individuals, families, and communities who share a common national interest in the safety and security of America and the American population.  The express purpose of these relationships is to ‘provide the foundation for the future and comprehensively identify capability gaps and exploit the knowledge and expertise within the HSE to address them’.  No bill necessary.

Specifically, its 2015 Strategic Plan notes  that "To keep pace with evolving threats and security challenges, S&T will implement several strategic objectives and initiatives. Through this work, S&T will ensure DHS is poised to bridge current capability gaps as well as anticipate homeland security challenges 20 to 30 years ahead."

Thirdly, and possibly the most embarrassing, the FAA already regulates drone usage.  It does an extremely substandard job at it.  Congress agreed that the FAA is not well-positioned to be the lead regulator in the drone space.  When Congress passed the Federal Aviation Administration Modernization and Reform Act of 2012, it asked the FAA to expedite the integration of drones into the National Airspace System by 2015. It failed.

The Appropriations Committee budget gave $10,974,000 to the FAA for "Unmanned Aircraft Systems Research" (it only requested $8,974,000). In addition, it provided "an extra $3 million in the Aviation Safety Activity to expedite the integration of UAS into commercial airspace."  This was to be complete by 2015.  It failed.

If the DHS is going to be the lead regulator of drones, the Bill should include the removal of any such authority from the FAA.  If not, we can expect to maintain the same bureaucratic quagmire that exists throughout our other agencies.

Government always seeks to control our lives.  Once it gains control, it does not cede control.  When it regulates, it creates a bureaucratic mess of red tape which inhibits citizen free will and creates an endless gray-area within the law.  Once it begins to tax, the tax rate only increases.

Much like Obamacare sought to control 16% of the economy (healthcare) this Bill is using 'terrorism' as a scare to control another aspect of our lives, one that is currently very small, but growing.

"Get the equivalent of a Ph.D. in libertarian thought and free-market economics online for just 24 cents a day."
Most of us learned politically correct U.S. history in school. The economics was at least as bad.
It's never too late to learn the truth.
At Liberty Classroom, you can learn real U.S. history, Western civilization, and free-market economics from professors you can trust.
Short on time? No problem. You can learn in your car.
​FIND OUT MORE HERE

Follow libertyLOL on Countable.us to see more of our comments on current Bills and Resolutions.  Also, check out more Analyses here. 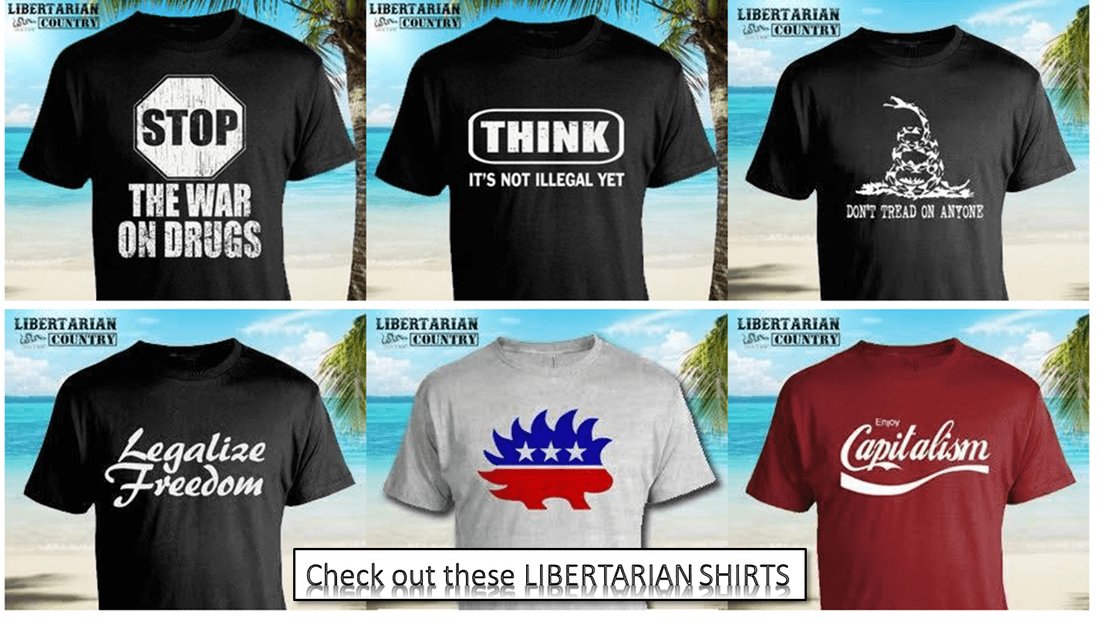 Purchasing your Amazon items through this search box supports libertyLOL and doesn't cost you a penny more at checkout!

We are a participant in the Amazon Services LLC Associates Program, an affiliate advertising program designed to provide a means for us to earn fees by linking to Amazon.com and affiliated sites